Situated on 3.8 square miles at the intersection of Lake Michigan and Lake Huron is the Crown Jewel of Michigan: Mackinac Island. Our island may be small, but its significance is huge. The entire island is a National Historic Landmark, with more than 80% of the land preserved as the Mackinac Island State Park. Before European exploration in the 17th century, it was populated by Native Americans and was a vital hub for fur trading along the Great Lakes. During the American Revolution, the British established Fort Mackinac, one of the island's most important landmarks. With the establishment of Fort Mackinac in the heart of the island, the island became a key battleground in the War of 1812 between the British and American armies. After the Civil War, the island became famous as a summer tourist destination.

The banning of automobiles in the early 19th century out of concern for the horses' and island residents' health and safety continues to this day, with the exception of emergency vehicles. It truly gives the island a historical and makes one feel as though they have stepped back in time.

​Mission Point Resort and the island's Mission district has always been a place where people come together; a history deeply rooted in hospitality and education. Mission Point was originally constructed between 1955 and 1965 as a conference center for Moral Re-Armament (MRA), an international peace organization based in Switzerland.  After their first gathering on Mackinac Island in 1942, the conferences increased in size so that by 1954, MRA decided to purchase land on the island for their own center, acquiring several large parcels at what is now Mission Point.

​The resort is named for the Protestant mission that operated here from 1823 to 1837 and included several structures, most notably Mission House and Mission Church. Over the next ten years, MRA constructed nine structures in five separate building phases. Although the first buildings were built around the property's original structures, eventually only the Mission House remained. Everything else was torn down, with the exception of the western Sheeley Cottage, which was moved and is today Small Point Bed and Breakfast. 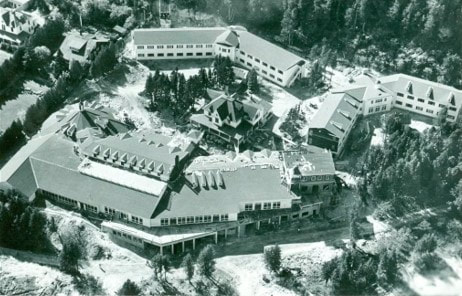 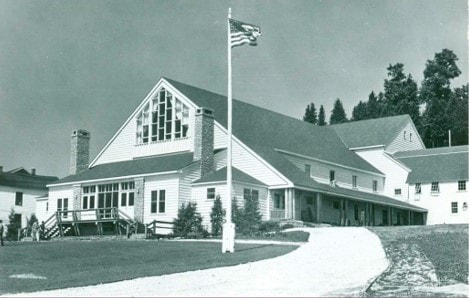 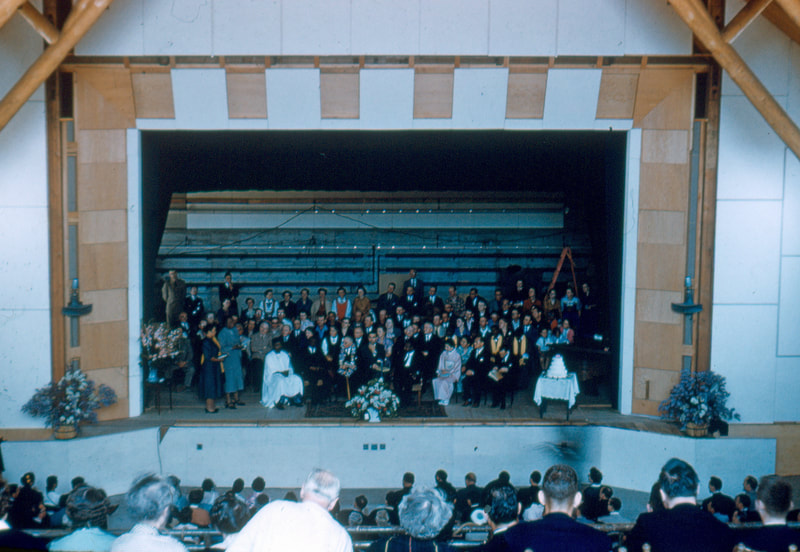 ​The first building to be completed was the 800-seat theater. MRA used song and drama to present its message and produced its own plays. The theater was designed by architect William Woolett of Los Angeles. Logs for the rafters came from neighboring Bois Blanc Island and were floated across the Straits of Mackinac. 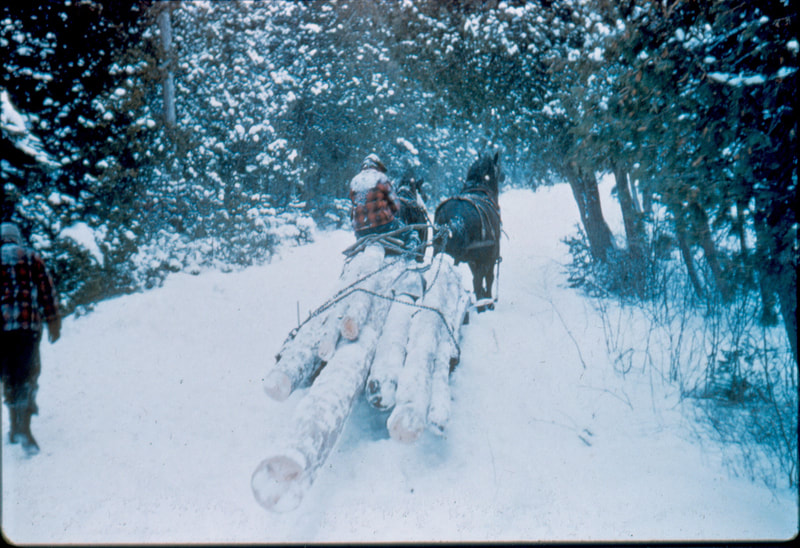 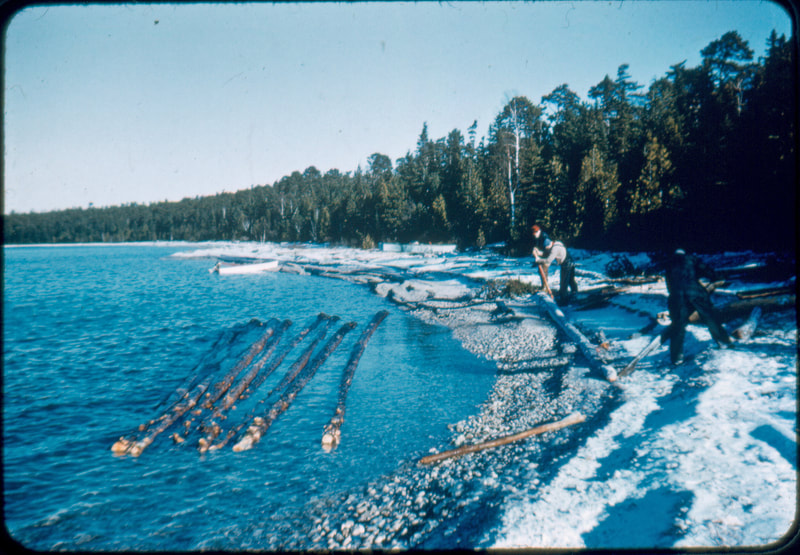 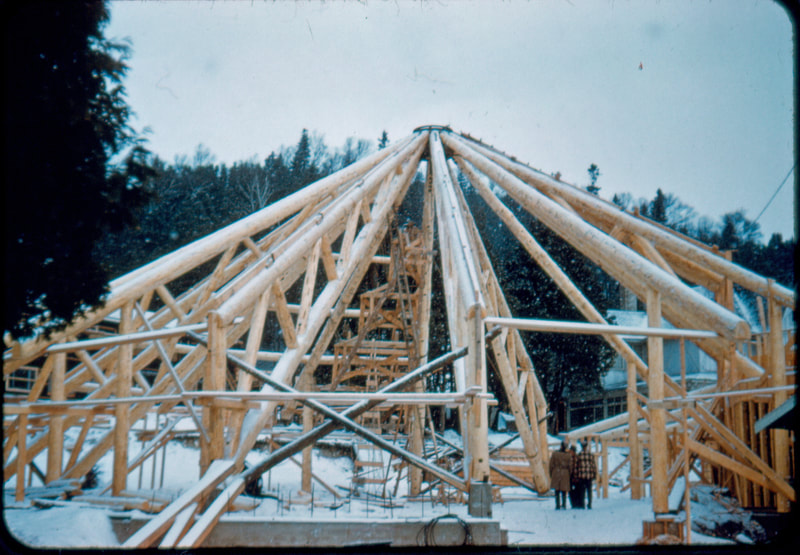 ​1955
The Great Hall contained the massive cylindrical lobby, meeting rooms and dining facilities. Two dormitories (“A” and “B”) were built on the hillside above. The entire complex initially surrounded the larger Sheeley Cottage, “Cedar Point,” which was razed by 1959. 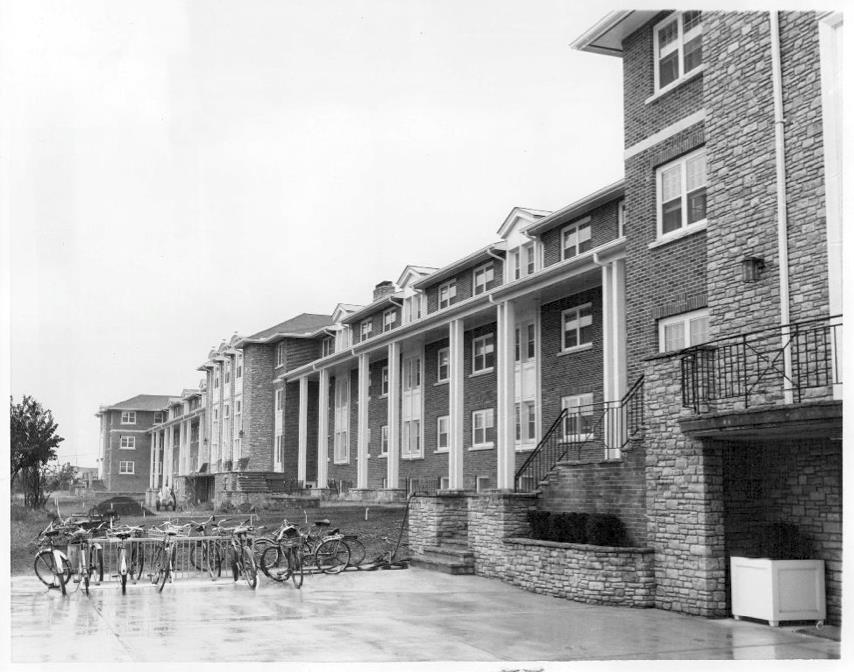 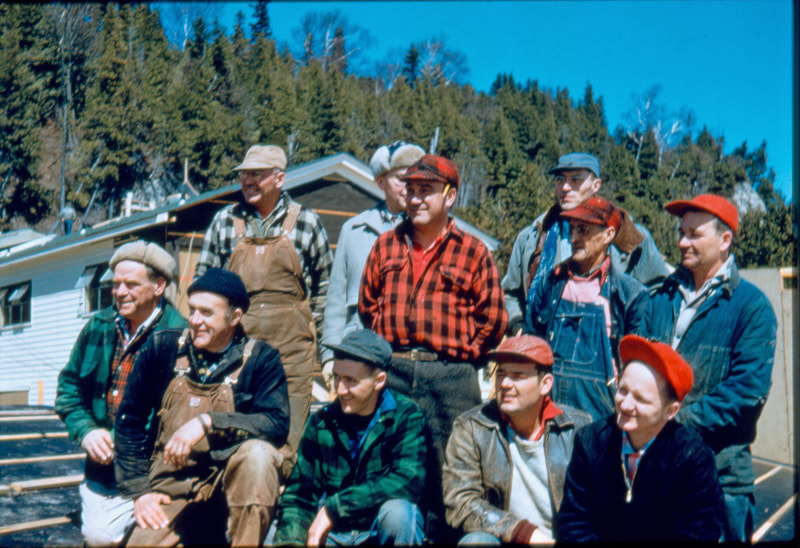 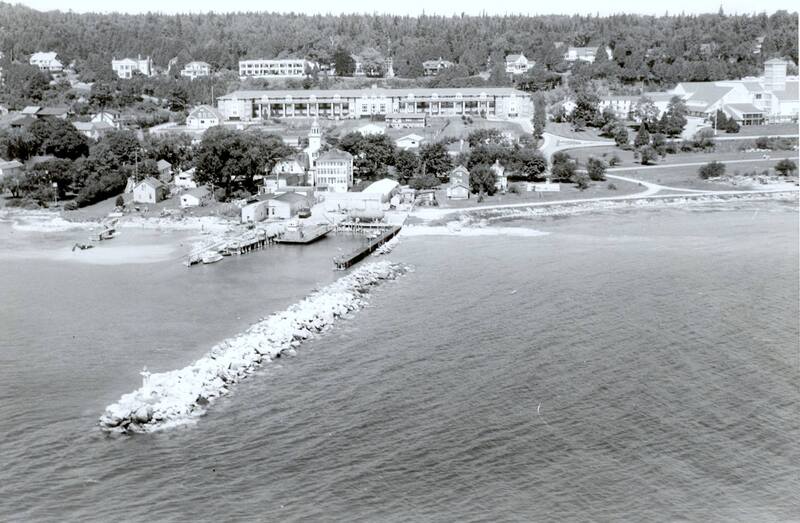 ​1957 - Straits Lodge is built
With ever-increasing numbers attendees at the conferences more housing was needed and the large brick dormitory was completed to the west of Mission House. It contained guest rooms and impressive wood-paneled lounges. 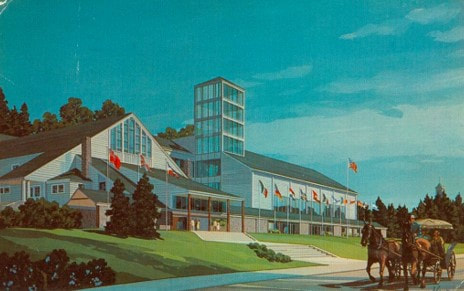 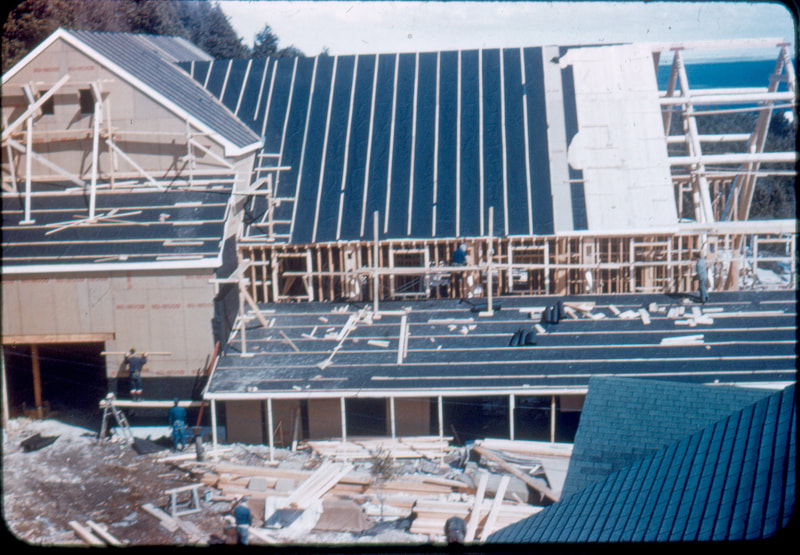 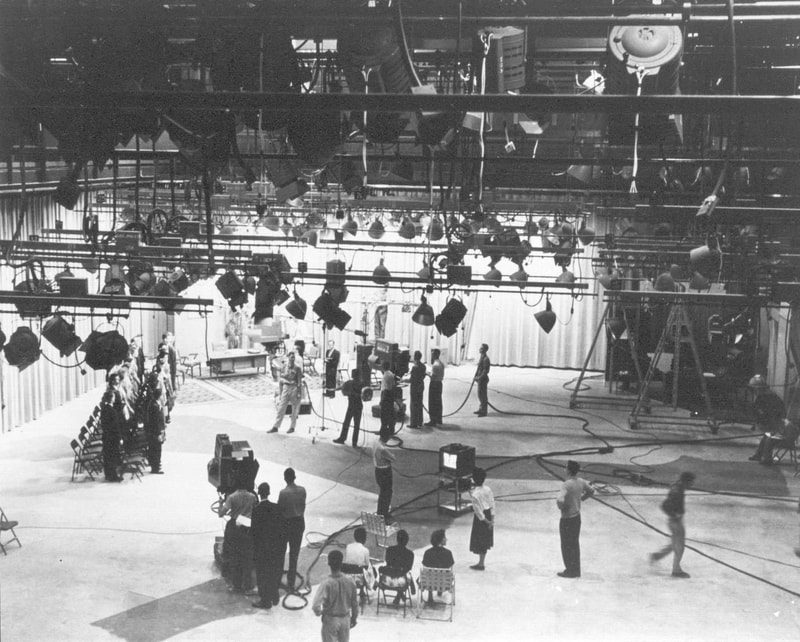 ​1960 - Sound Stage
The largest construction project, designed by architect Edwin B. Cromwell of Little Rock, Arkansas, was the film studio, today known as the Sound Stage. MRA had begun producing film-versions of its plays a few years earlier. A state of the art facility, it included a motion picture sound stage, recording studio, processing laboratories, and carpenter shops. It was attached to the east end of the theater and saw the destruction of the barn and movement of the west Sheeley Cottage. The Bungalow, to the east of the studio, was torn down by 1965. The studio is the largest steel-frame structure on the island. 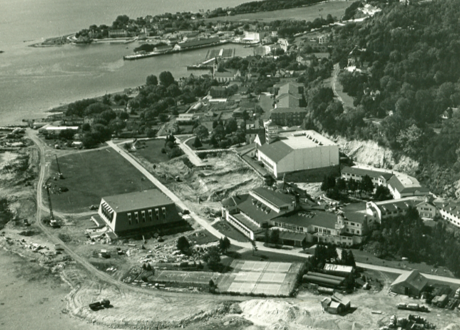 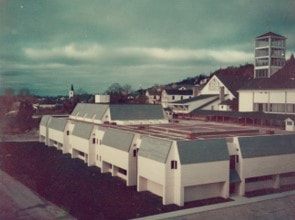 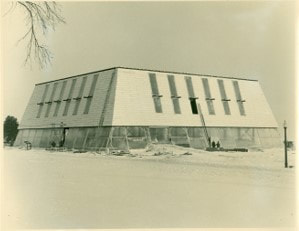 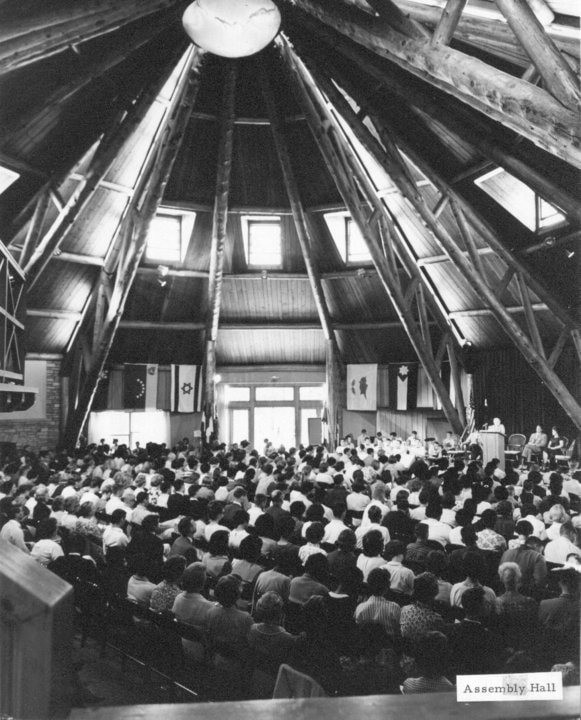 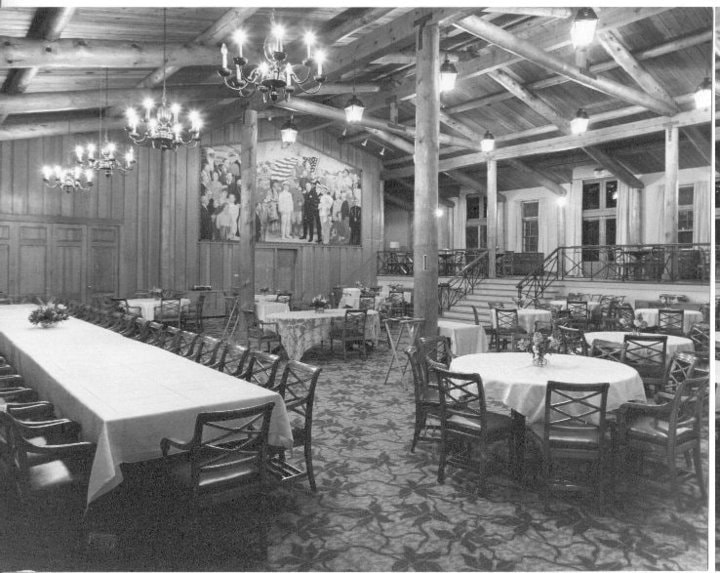 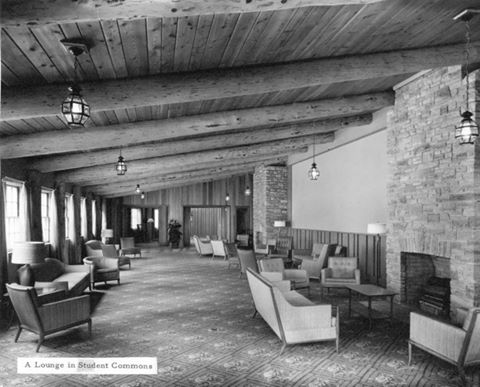 1965-66 - Mackinac College
Following the deaths of Frank Buchman in 1961 and his successor Peter Howard in 1965, the leadership of MRA decided to convert their complex on Mackinac Island into a liberal arts college, Mackinac College. This would allow using the facility on a year-round basis. Two additional buildings were added: The Peter Howard Memorial Library and the Clark Center classroom building. Large steel-frame and concrete structures both had a modern character, unlike most of the earlier Colonial Revival structures. The Clark Center is what's now know as the Conference Center and the library was located on the Great Lawn
​1970s - 1987
The college did not prove successful and closed after graduating its first and only class on June 20, 1970. The following year MRA officially ceased activity on Mackinac Island and divested itself of its island holdings, selling most of it to Rev. Rex Humbard of Akron, Ohio. Rev. Humbard’s attempts to operate a resort and revive the college were short lived, owing to other financial difficulties in his organization, and ceased in 1973. In 1977, a Dallas-based property and investment firm purchased the property and converted into the “Mackinac Hotel and Conference Center.” Fearing that the historic 1825 Mission House would not survive much longer, the Mackinac Island State Park Commission purchased it from the Humbard organization and restored it. The Mackinac Hotel was sold in 1987 and the name changed to Mission Point Resort. Within a few years the new owners tore down the Howard Library. 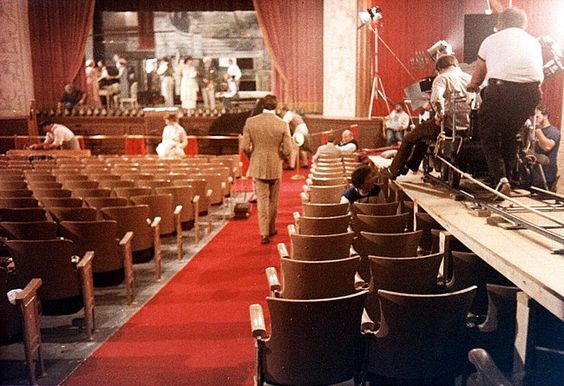 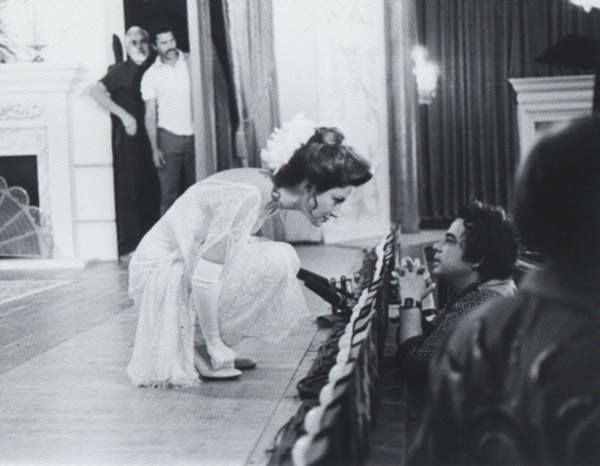 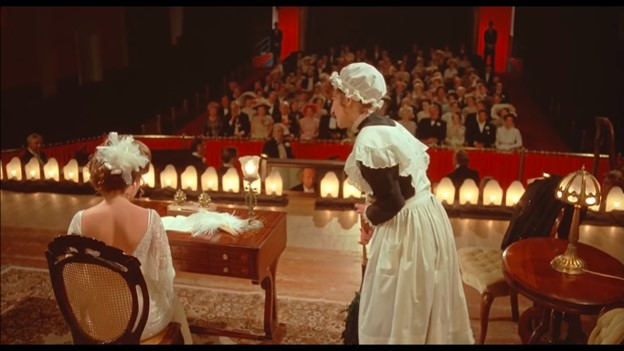 1979 - Somewhere in Time
One of the most notable events at Mission Point occurred in 1979, when Universal Studios leased the Sound Stage mentioned earlier to produce the movie “Somewhere in Time” starring Christopher Reeve and Jayne Seymour. Most of the sets were built and utilized in the Sound Stage and the production team used the Theater for filming. The entire cast and crew were hosted at Mission Point, which was at that time was called the Inn on Mackinac.​ 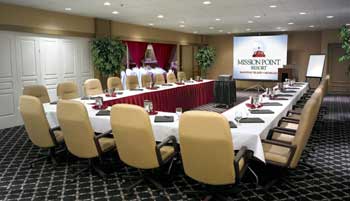 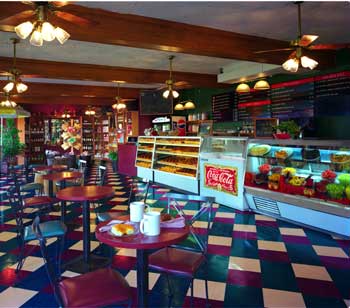 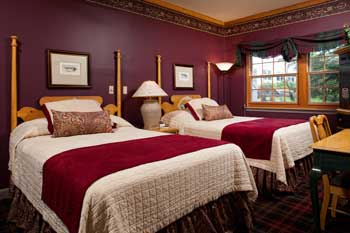 1987 - 2014
Detroit businessman John Shufelt purchased the property in 1987 and gave it the official name of Mission Point Resort, paying homage to our historic location. Through the Shufelts’ ownership, Mission Point gained the reputation as the “friendly and casual” hotel and resort option on Mackinac Island.​ 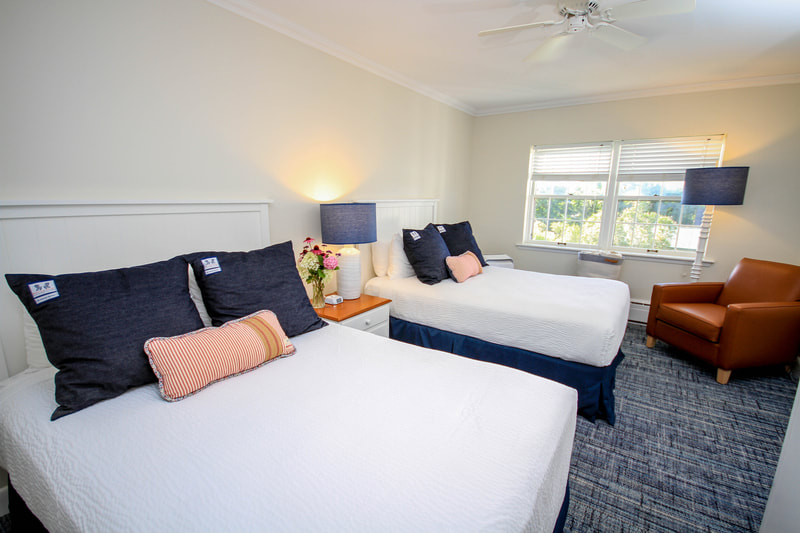 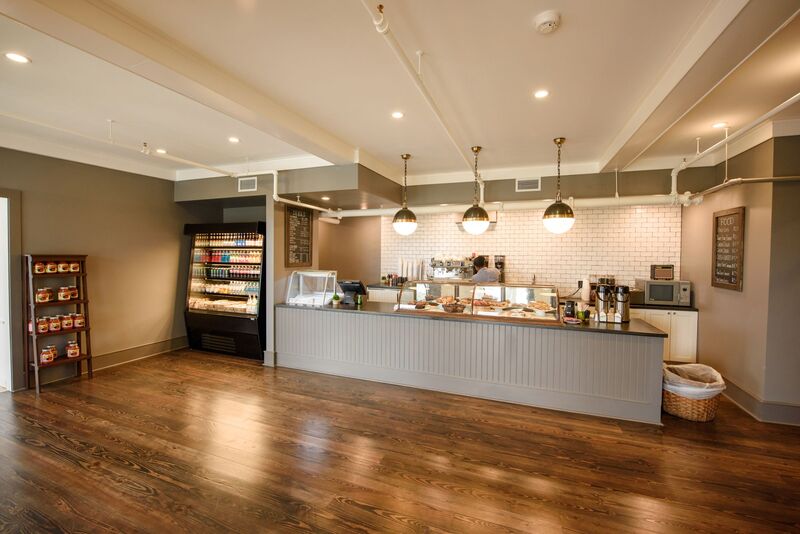 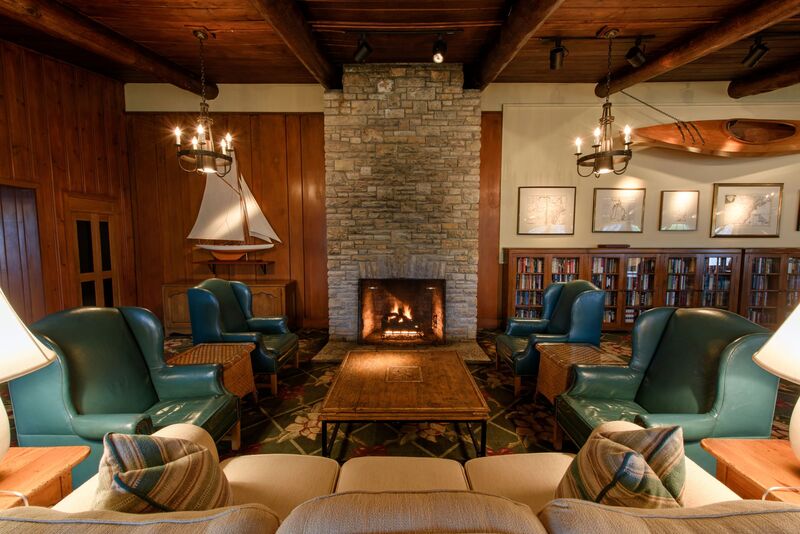 2014 - The Ware Family Stewardship
Dennert & Suzanne Ware purchased Mission Point Resort in late 2014 with a newfound commitment to improving the property while preserving its history. Over the last 8 years, with feedback from guests and the community, the Wares have reinvested nearly $15M back into the resort - making needed improvements to both guest-facing and behind the scenes areas. Improvements include complete renovations of the following spaces: 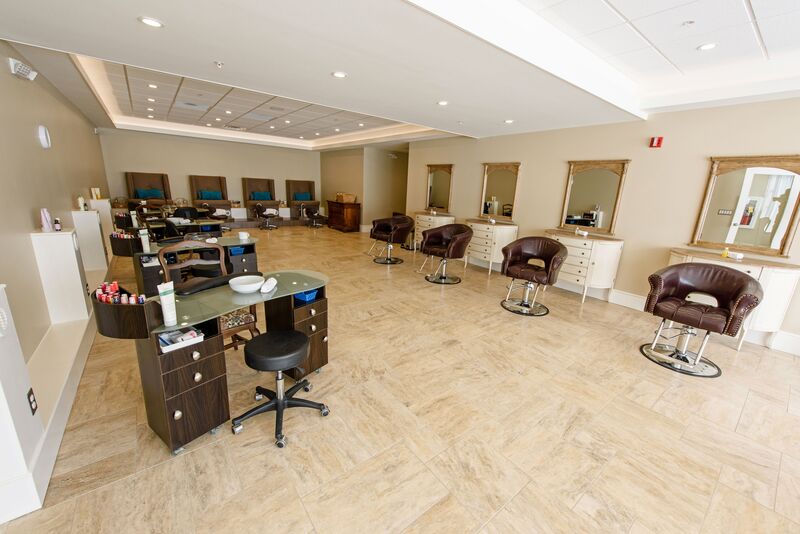 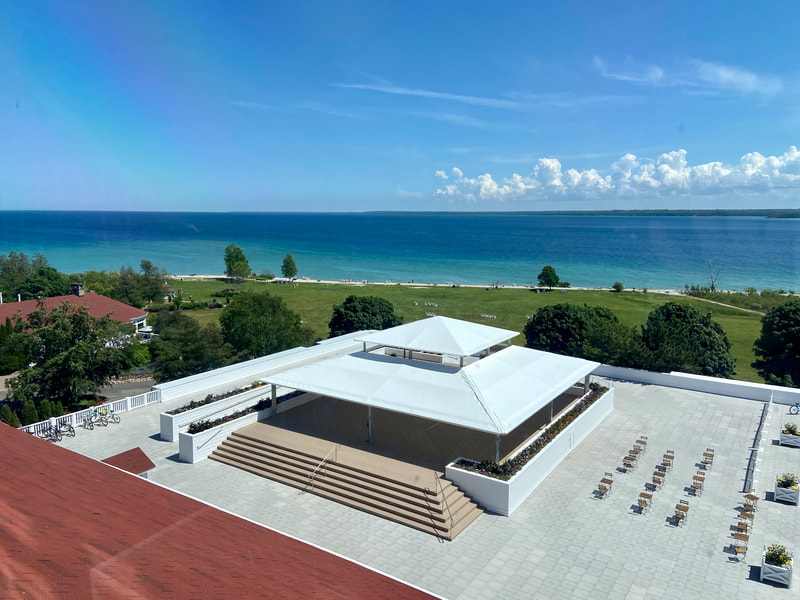 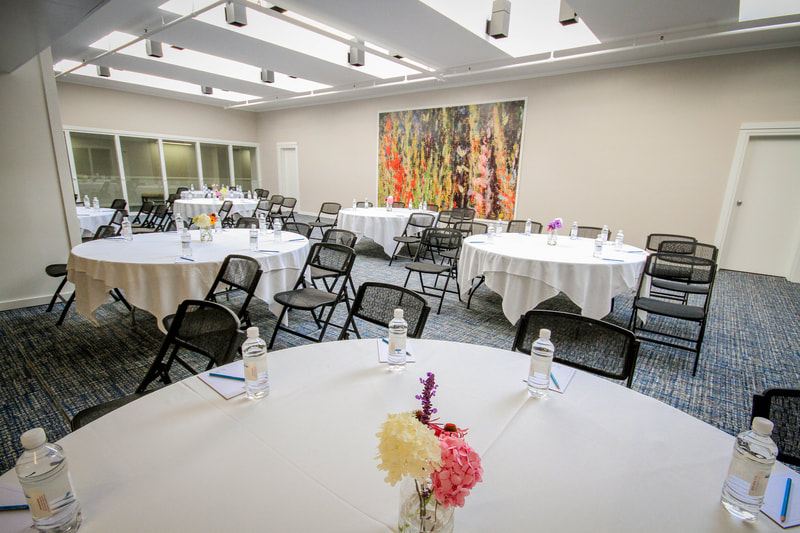 ​Other notable upgrades also include the introductions of the following new spaces / equipment:Operations are constantly improving, with plans to further improve more employee housing units in the future and we're so excited to continue sharing them with you in years to come!